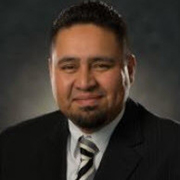 Alexander grew up in Los Angeles where he witnessed Firsthand the challenges of growing up in an immigrant family. After dropping out of school in ninth grade, he returned to get his G.E.D. from the University of Oregon at the High School Equivalency Program (HEP), and went on to earn his Bachelors in Business Management in 2008. He now works as a Senior Supply Chain Analyst for Daimler Trucks North America. Alexander was also a part of the Latino Employee Active Partnership (LEAP) at Daimler and helps give a better understanding of the Latino culture. He also, ran for the Oregon State Senate in 2018 and is currently on the Cultural Coalition of Washington County and the Counsel for economic and racial equity (CERE) for Prosper Portland. Alexander attributes his success to the educational opportunities he was able to access, and the support of his family and community. He devotes his time to serving the mission to provide more members of the Community with access to education and other opportunities such as STEAM that create pathways out of hardship.