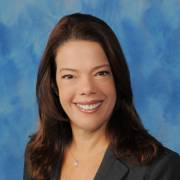 Ana Agostini has more than 20 years of experience in healthcare IT and is currently the Administrative Director of IT Services over the IT PMO, Service Desk, and Identity and Access Management teams at Memorial Healthcare System. Ana started her career at Accenture as a healthcare consultant and has implemented electronic health records, identity access management, and service management systems that have transformed organizations. Ana is a Chemical Engineer by trade. She received her MS in Industrial Engineering, focused on project management, from the University of Minnesota – Twin Cities. She has also been part of the SFLHIMSS Board of Directors for 4 years, is a certified PMP, ITIL V3, and holds three Epic certifications. Ana is Venezuelan and speaks Spanish and English. 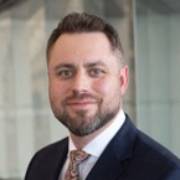 Dr. Chris Wilkie currently serves as the Chief Executive Officer at SHPE, a nonprofit member organization devoted to closing the gap between Hispanics and STEM.

Always listening and learning, Chris is committed to making diversity and inclusion more than just this year's buzzwords. He readily leverages the knowledge, opportunities, and support he’s been given to catapult exceptional organizations, like SHPE, to their rightful place as a nationally renowned and respected organization of change-makers.

Chris has spent his 20+ year career serving nonprofits with various missions and audiences, including multilingual, multicultural, socioeconomically challenged and isolated, underrepresented, victims of family violence, and those who struggle with substance abuse and/or mental health.

At the age of 29, Chris was a recipient of a 40Under40 Award by the Fort Worth Business Press as one of the top 40 young leaders in the Fort Worth community. 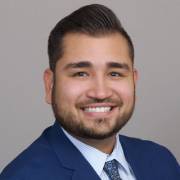 Erick Garcia, MHA, is a multifaceted leader with a diverse background in healthcare administration, human resources and equity, inclusion & diversity consulting. With over 5 years’ experience working on equity and inclusion strategies for large matrixed organizations spanning multiple states, Erick has been able to create and foster an inclusive culture, move the needle on health disparities, and create sustainable foundations for equity programs at all levels.

Joining Mayo Clinic in 2021, Erick has the pleasure of serving as Equity, Inclusion & Diversity Advisor for the Arizona site and shields where he supports leadership, physicians, scientists, nursing, as well as allied health staff. As EID Advisor, Erick focuses on creating a culture that fosters inclusion and belonging through education programs, media management, mentorship and sponsorship programs, community outreach, and social media initiatives. Through this role, Erick strives to ensure every employee can bring their authentic self to work no matter their race, culture, background, beliefs, or expressions.

As a young professional, Erick received his B.S. in Kinesiology from Arizona State University and an M.S. in Health Care Administration from Grand Canyon University. In addition to his role, he is a proud father of a three-year-old girl and husband to an emergency department Nurse. As experienced leader in equity, inclusion, and diversity, he is a servant leader, courageous, and not afraid to challenge the status quo to encourage a different way of thinking. 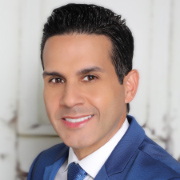 Luis M. Martínez-Alicea earned a bachelor's degree in Communications from the University of Sacred Heart of Puerto Rico and a master’s degree in Business Administration from Ana G. Méndez University, Orlando. Luis also obtained The DiversityFIRST™ Certification by the National Diversity Council, which makes him a certified diversity professional to create and lead highly successful diversity, inclusion and equitable strategies for organizational excellence and a competitive edge in today's global marketplace.

In 2000, Martinez relocated to Orlando to enhance his professional career and pursue a master’s degree in business.

In January 2012, Luis was pleased to be appointed by Orlando Mayor Buddy Dyer to establish the city's Office of Multicultural Affairs to enhance the engagement of the Hispanic, multicultural and LGBTQ+ communities with the municipality. Under his role, Luis makes recommendations to the Mayor in the implementation of city policies, advocacy and initiatives that foster diversity, inclusion and equity. He also serves as the Mayor's spokesperson to Hispanic/multicultural media, manages international relations and Spanish communications, as well as coordinates cultural events and creates community outreach strategies to keep residents, newcomers and businesses from different cultural backgrounds and walks of life informed about the city services and programs. In addition, he maintains ongoing relationships with multiethnic chambers of commerce, professional associations and consulates. 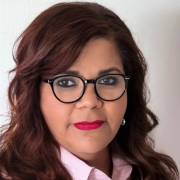 Mayra Lebron-Lopez is the Global HR VP at CAI and through consistent example, she is setting the precedence for leadership excellence, compassionate character, and a renowned reputation both in and out of the office.

Within the walls of CAI, Mayra exudes passion for an inclusive workplace, specifically for multicultural women. She has instituted diverse platforms, technologies, and courses that offer enterprise-wide L&D opportunities such as Unconscious Bias and Emotional Intelligence trainings. As one of the sponsors of CAI’s employee resource group (ERG), Women of CAI, she uses her influence to cultivate an affinity within the group to recruit more members and retain current ones.

But it’s her community support that really sets her apart. After Hurricane Maria hit Puerto Rico in 2017, the island was deprived of electricity, clean running water, and food. Having sustained significant flood damage to her own home, she put her needs on the backburner to help her neighbors and her employees.

At the time, Mayra was the HR Lead for Bayer’s Crop Science division where there were 700 employees in her facility. Forty-seven of them lost everything in the storm. Without hesitating, Mayra mobilized her US connections to gather the essential items. For 30 consecutive days during lunch,

Mayra would take the company pick-up truck and collect 500 warm meals to deliver back to her colleagues. 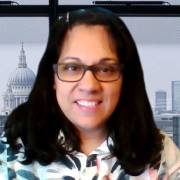 Monica is an Equity, Inclusion and Diversity Advisor supporting the Research shield, the Education shield, the Health System and Shared services (excluding the Rochester campus).

She has worked extensively within Equity, Inclusion and Diversity spaces over the last 15 years. Including within Wisconsin K-12 urban classrooms, Wisconsin and Minnesota Higher Education, and on various Equity Committees and Boards such as the Minnesota Association Of Professional Employees Equity, Diversity, and Inclusion committee (MAPE EDIC), Minnesota Association of Community Corrections Act Counties (MACCAC), the Ramsey Corrections Advisory Board (CAB), and the Volunteers In Corrections (VIC) board. 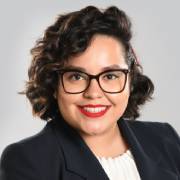 Nury Lizeth Castro was born in Los Angeles, California and was raised in Durham, North Carolina by two Central American, immigrant parents. Nury is a dynamic and forward thinker, intentional community builder, and healing agent her practice is guided by scholarship, theory, intersectionality, critical consciousness, and principles centering community and social equity. Her natural talent, unwavering tenacity, and ability to center theory-to-practice have allowed Nury to serve in various roles as a university and college administrator and now public servant. Nury is currently a doctoral student at the University of Dayton and she received a Master of Public Administration and Bachelor of Science from North Carolina State University. As a first-generation American and college graduate, Nury’s guiding principle is the humanist African philosophy, “Ubuntu: I am, because you are.” Nury fiercely believes that her duty as an educator and public servant is to ensure that education is equitable and accessible for all people of minoritized identities and backgrounds. Her hobbies include reading, frequenting her hometown (Durham, NC), escaping to the mountains, making and drinking cold brew, and exploring local bookstores. 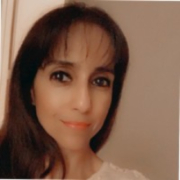 Yazmin Castellano works as a consultant for the Center for Autism & Related Disabilities (CARD-USF) serving middle/high school children and young adults. Her primary goals are to raise awareness about Autism Spectrum Disorders (ASD) among the Hispanic/Latino/LatinX community and CARD-USF services to Hispanic families and professionals. Yazmin reaches out to the Hispanic community and professionals by participating as a guest speaker on several conferences such as The Family Café, CARD Statewide conference, Elevatus Training among others. Yazmin also uses media to reach out to the Hispanic families via TV doing interviews with Telemundo Tampa, Univisión Tampa, Orlando and Ft. Myers, Rumba (iHeart Media) and International TV & Radio.

Yazmin provides trainings on mental health, suicide, anxiety, challenging behaviors, sleep, feeding, and safety. Yazmin works collaboratively with Redlands Christian Migrant Association (RCMA) as a board member of the Health Services Advisory Committee. Yazmin is part of the Safety Kids Committee in Polk county where she has started to raise awareness about the importance of having and providing safety information in Spanish. She is also a part of the Diversity Committee at USF (CBCS).

Before joining CARD, Yazmin worked in the fields of mental health, education and case management. Her experience includes working in school settings, residential programs and clinical settings for individuals with behavioral, emotional and psychiatric disorders. Yazmin also performed duties as director for community-based programs. Yazmin uses that expertise to train families and professionals.

In her free time, Yazmin enjoys spending time with her family, dance, read, journaling and meditate. 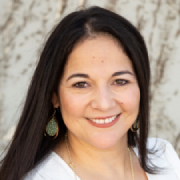 Yhanira is a first-generation Mexicana born and raised in Eagle Pass, TX. The youngest of 8 children, Yhanira ventured off to college receiving a bachelor’s degree from the Massachusetts Institute of Technology (MIT) in Management Science. This is where she discovered her passion for problem solving and the value of working with diverse teams. Her studies include a B.S. in Management Science with concentrations in IT and Finance and a minor in Economics.

She interned at Hewlett-Packard’s headquarters in Palo Alto, CA, and accepted a full-time role after graduation in 2001. While at HP, she helped launch LaVoz, a

Latino employee network in the Bay Area. After the Compaq-merger in 2003, she became a founding officer for HP’s Houston Hispanic diversity resource group. She was often the youngest in her teams, the only Latina, and one of few women.

Yhanira joined USAA in 2007 and furthered her education receiving an MBA from the University of Texas at San Antonio. During her tenure at the financial services company in San Antonio, she has held several leadership roles, most recently the Assistant Vice President responsible for HR Operational Excellence. She leads a team that focuses on improving employee experiences as well as building a financially-sound foundation across HR capabilities for the organization.

Yhanira is the Executive Sponsor of Elevate, a gender diversity and inclusion business group that she was also highly involved in launching. She is an active member of other DBGs to include Aspire, which focuses on advancing women in technology. Her true passion lies in developing others and creating conditions for people to succeed. She inspires others by sharing her journey and the learnings from her experiences. She helps people see the connection between their true value: past, current, and future to reach their potential.

Yhanira loves serving the San Antonio community through other initiatives and partnerships. Her successes would not be possible without her strong faith and the support of her encouraging family, her “keep it real” friends, and leaders and mentors who have invested in her personal and professional growth.