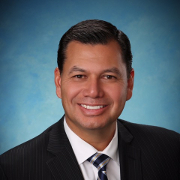 Ruben began his career over 20 years ago specializing in cultural relevant strategies to reach the US Hispanic Consumer.
He spent the first 10 years of his career as the Vice President of Business Development and Community Affairs of Latin Publications, the largest Hispanic weekly publications in the nation. During his time, he increased the company’s revenue sales to more than 30% and was instrumental in new business acquisitions for the Hispanic Newspaper Network, a trade group dedicated to serving corporate America and the U.S government’s needs within the Hispanic Population.
He has worked with fortune 500 companies, such as Nissan Corp., Ford Motor Company, TJX Companies, and others in the development of effective outreach and communications campaigns to reach the U.S Hispanic consumer including grassroots programs, broadcast media and direct response.
After his career in publishing, Ruben founded The SL Group, a communications agency specializing in the areas of health, retail and international relations.
Ruben’s work in the medical space includes the creation of the first diversity initiatives for one of the largest medical groups in California serving more than 700,000 patients and he is currently a partner at accessmobile, a leading technology communications company in the US.
Ruben’s community work includes serving on the boards and committees of organizations, such as The American Heart Association, The American Diabetes Association, The Ventura County Sheriff foundation, White Memorial Medical center, JDRF and many others.
Ruben is a recipient of many awards for his work, including a Congressional Recognition for his service to the community.
Ruben is a dedicated father and husband and lives in the suburbs of Los Angeles with his wife and two children.