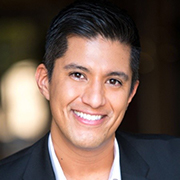 From 2007 to 2011, Jason was director of media relations and national media spokesperson for Fannie Mae and the Mortgage Bankers Association in Washington, DC. At both organizations, he also served as a senior crisis communications strategist, executive speechwriter, and social media manager.

From 2001 to 2007, Jason served in the public sector as communications director and public policy advisor to former Congresswoman Mary Bono, and Todd Spitzer, the former Orange County Supervisor and current Orange County District Attorney. He also led the community and government relations programs at John Wayne Airport shortly after 9-11.

Jason has served on numerous nonprofit advisory boards, committees, and board of directors, which includes The Trevor Project, Musical Theatre Factory, Team Marine, and others. He remains an avid adventure and thrill seeker, and has travalled to more than 20 countries.

A native of southern California, Jason earned his Bachelor of Arts degree from Chapman University, and completed a prestigious creative writing program at the California Institute for the Arts.