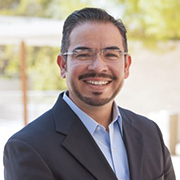 Jesus Gomez is an accredited automotive executive with 25 years of industry experience. A life-long automobile enthusiast, Jesus had already gained “hands on” experience in internal combustion engines by the age of 14 in his native Toluca, Mexico. He carried this passion into his academic pursuits, gaining a Bachelor’s degree in Electrical-Mechanical Engineering.
In 1994, the interest in the automotive industry, moved him to accept a position in Mercedes Benz of México, with an engineering role in the Santiago Manufacturing plant which was dedicated to the production of the Mercedes-Benz passenger cars and Freightliner commercial vehicles. In 1997, he accepted a design engineering position in the company’s Portland, Oregon headquarters. While in Portland he went on to augment his education with a Master’s in Business Administration & Technology Management. From there, Jesus served in engineering roles of increasing responsibility in the Freightliner Company, which in 2007 would come to be known as Daimler Trucks North America (DTNA), owned by German automaker Daimler AG.
Jesus has driven success in multiple business units and engineering disciplines, including mechatronics, manufacturing engineering & vehicle powertrain design during his tenure with DTNA, in 2005 he was appointed head of an engine remanufacturing plant in his native Toluca. Although an engineer at heart, Jesus made a career pivot in 2011 when he accepted the position of executive assistant to the president and CEO. This unique and rich opportunity was a catalyst in his career and Jesus was promoted to lead the engineering division for the company’s Western Star truck brand. Two years later, the role was augmented to include purview over the company’s Mexico-based engineering team. Jesus is currently the Director engineering of CAB Systems at Daimler Trucks North America.
Under his engineering leadership, the Western Star product line steadily gained market share and notoriety: in 2014 the Western Star 5700, a new truck project captained by Jesus, starred as Optimus Prime in the 4th movie of the Transformers series. Jesus prioritized focus on D&I within his department and through active inclusion has increased the talent diversity in his group, an example is the 12% increase of Latino engineers in his Portland based team. He has further engaged the Latino community at DTNA first as founder and chair of the Latino employee resource group and later as executive sponsor, promoting leadership development. Jesus has also reached out of DTNA into the local communities partnering with education organizations and speaking in schools from elementary to college to encourage students and generate excitement in STEM education programs and engineering at large.
Outside of work, Jesus actively engages in the local Latino community in a couple ways, through his involvement with the Folkloric Ballet of Southwest Washington, which raises cultural awareness around the Portland metro area through typical Mexican Folklore dance and music. Additionally and for nearly a decade, Jesus has coached a CYO swim team of over 100 kids and encouraged many Latino families to get involved in this sport. He also serves on the board of a non-profit organization and in his free time, Jesus and his family enjoy of camping, running, swimming and participating in diverse multicultural activities for the community.