Associate Provost for Veteran and Military Affairs, The University of Texas at San Antonio 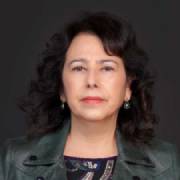 As Associate Provost for Veteran and Military Affairs at the University of Texas at San Antonio (UTSA), Lisa Firmin coordinates and integrates support services at the strategic level for veteran and military affiliated students. In 2016, Firmin authored Deploying Leadership: Steady Skills to Serve in Any Environment in the Spring edition of Phi Kappa Phi Forum and authored a book chapter titled “The Transition: Colonel to Associate Provost,” in Adapt and Overcome: Essays on the Student Veteran Experience. Firmin serves as co-chair of the Veteran Services Advisory Committee, educating others about the student veteran and in 2013, co-authored a book chapter titled “Serving Student Veterans at the University of Texas at San Antonio: Accomplishments and Challenges,” in Building Bridges for Student Success: A Sourcebook for Colleges and Universities. In 2014, her collaborations resulted in the creation of an online training module highlighting Veteran Culture Competence for faculty and staff. In her previous role, as Associate Provost for Faculty/Student Diversity and Recruitment she created the UTSA Top Scholar program aimed at high achieving students, combining merit scholarships with student enrichment experiences enhancing the quality of each incoming freshman class. She developed the first ever Presidential level Distinguished Diversity awards program for faculty, staff and students and championed the addition of Gender Identity/Gender Expression to the University’s nondiscrimination policy. Firmin retired from the United States Air Force as a Colonel and its most senior ranking Latina officer, after leading UTSA’s ROTC program to the best in the nation and being awarded a Bronze Star Medal for her efforts in combat in Iraq’s Sunni Triangle. She has received many honors and accolades such as the the Legion of Merit, the United States Hispanic Chamber of Commerce National Latina Leader award, the Governor of Texas’ Yellow Rose award, the National Diversity Council’s Trailblazer and Most Powerful and Influential Women in Texas awards and the Hispanic Women’s Network of Texas Trailblazer Award. She is a member of the Board of Directors for the Texas Diversity Council, a member of the National Association of Diversity Officers in Higher Education, a member of the Honor Society of Phi Kappa Phi and a member of the UT System’s Veteran’s Advisory Board and serves on the UTSA leadership team of the UT System’s Chancellor’s Network for Women’s Leadership.