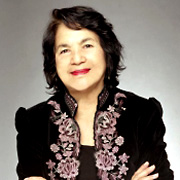 Brought To You By

Isaura S. Gaeta is vice president of Security Research Partnerships leading an engineering team focused on outreach to academia, start-ups and conferences specializing in hardware security research as part of the newly formed Product Assurance & Security Group at Intel Corporation in Santa Clara, California. Previously she was general manager of systems engineering in the Platform Engineering Group (PEG) at Intel Corporation and led the team responsible for optimizing overall workflow to improve engineering efficiency and effectiveness, with a focus on improvements in execution capacity, quality management systems, and operational excellence for a global engineering organization of 18k people. Additionally, Gaeta managed PEG’s people systems and served as chief of staff for the group’s senior vice president of engineering.

A 30-year veteran of Intel, Gaeta spent the first two decades of her Intel career managing the development of various semiconductor processing technologies. Her work during that period led to two patents and five Intel Achievement Awards, the company’s highest recognition.

Gaeta holds bachelor’s and master’s degrees in electrical engineering from Stanford University. She founded Intel’s Network of Executive Women for the Latin America region and was the chair of Intel’s Hispanic Leadership Council. Outside of Intel, she serves on the board of the Hispanic Foundation of Silicon Valley and previously served on the board of Women in Engineering Proactive Network and the advisory board for El Centro Chicano at Stanford. The Hispanic IT Executive Council has recognized her four times on its annual list of the top 100 Hispanic professionals in the IT industry.