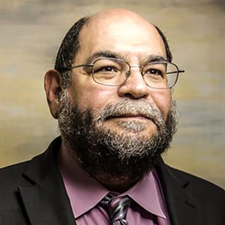 Rogelio Sáenz, a sociologist and demographer, is Dean of the College of Public Policy and Peter Flawn Professor of Demography at the University of Texas at San Antonio. He has written extensively in the areas of demography, Latina/os, race and ethnic relations, inequality, immigration, and human rights. Sáenz is co-editor of Latina/os in the United States: Changing the Face of América, co-author of Latino Issues: A Reference Handbook, and author of the Population Reference Bureau’s Population Bulletin Update titled Latinos in the United States 2010. He also regularly writes commentaries on public policy issues and on social and demographic trends, especially as these relate to Latina/os. Sáenz is currently President of the Southwestern Social Science Association and recently completed a term as Chair of the Council of the Inter-University Consortium for Political and Social Research (ICPSR) at the University of Michigan.