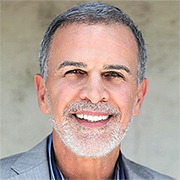 Tony Plana recently starred as Ignacio Suarez, the widowed father to America Ferrera’s Ugly Betty, in ABC’s landmark, groundbreaking hit series for which he received the 2006 Golden Satellite Award from the International Press Academy, an Imagen Award, and an Alma Award. Ugly Betty was the first Spanish speaking series to be adapted to English for a major American network and received the highest ratings and the most critical acclaim of any Latino-based show in the history of television, most notably 11 Emmy nominations and a Golden Glove Award for best comedy. Previously, he also starred in Showtime’s original series, Resurrection Boulevard, and was nominated for two Alma Awards for best actor. Resurrection Boulevard was the first series to be produced, written, directed and starring Latinos, and the most awarded series in Showtime’s history including an Alma Award for the best television series of 2002. Besides recurring roles on Alpha House, Madam Secretary, Jane the Virgin, Cristela, Motive, The Fosters, and the CW’s newest hit, Crazy Ex-Girlfriend, his latest television features are Meddling Mom for Hallmark Movie Channel with Sonia Braga and The Jodi Arias Story for Lifetime where he plays the renowned prosecutor Juan Martinez.

He has directed two feature film comedies, A Million to Juan with Paul Rodriguez and The Princess and the Barrio Boy, the first Latino family film to be produced by Showtime, starring academy award nominee Edward James Olmos and Maria Conchita Alonso. The film received two 2001 Alma Award nominations for Best Made for Television Movie and Best Ensemble Acting and won the 2001 Imagen Award for Best Made for Television Movie.

Plana is the co-founder and Executive Artistic Director of the EastLA Classic Theatre (ECT), a group comprised of multicultural, classically trained theatre professionals. For the past 18 years, the EastLA Classic Theatre has been dedicated to serving economically challenged communities through educational outreach programs for primary and secondary schools. Through the EastLA Classic Theatre, Plana has challenged the boundaries of the teaching and learning of language through an innovative approach called Language in Play (LIP). Working directly with language arts teachers, LIP utilizes the performing arts to impact literacy skills in academically at risk and bi-lingual students.

← Back to 2021 Latino Leadership Conference